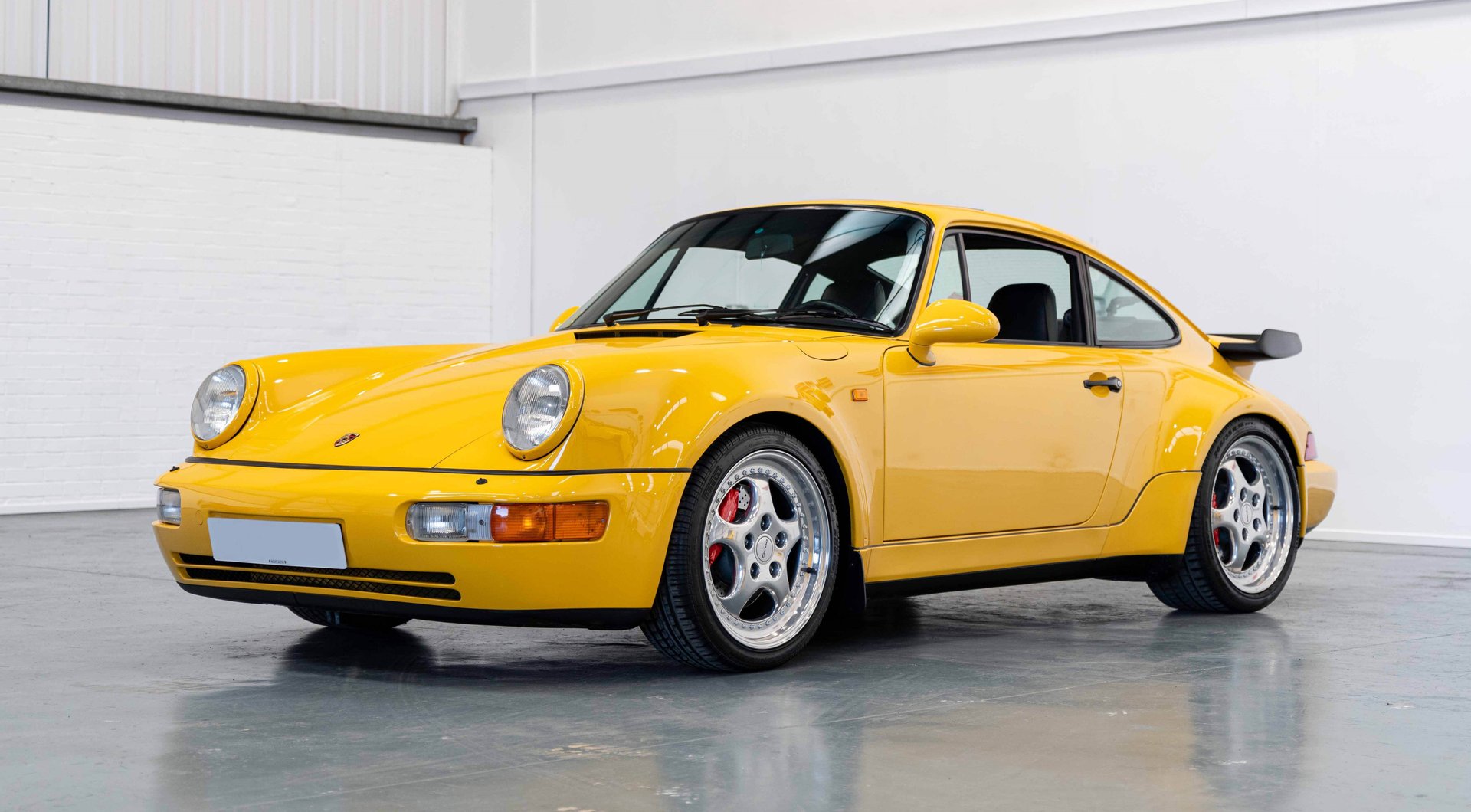 Porsche released their all-conquering 964 Turbo 3.6 in January, 1993 with orders immediately surpassing production capability and the entire production run being sold out essentially before the first examples had been delivered to eagerly awaiting clientele.

The all-new Turbo featured a final variation of the 3.6-liter M64 engine which now produced 360bhp at 5,500rpm. The 3.6-liter powered Turbo was produced only for the 1993/1994 model year, with just 1,437 of them produced in total, making it one of the rarest and most sought-after Porsches produced since the 959.

This particular Porsche 964 Turbo 3.6 was special ordered new in the highly desirable color combination of “Speed Yellow” with a black, full leather interior. It was originally ordered new by MITSWA, the Japanese distributor for Porsche. The car was sold to a private museum company in Japan and it remained there until 2015 when it was purchased by a private collector in the UK.

The car remained in the UK in private and well cared for ownership until our recent purchase in May of this year. Upon arrival here in the States, this Porsche will receive full services and safety checks prior to being made available for purchase and follow-on shipping anywhere in the world as needed. 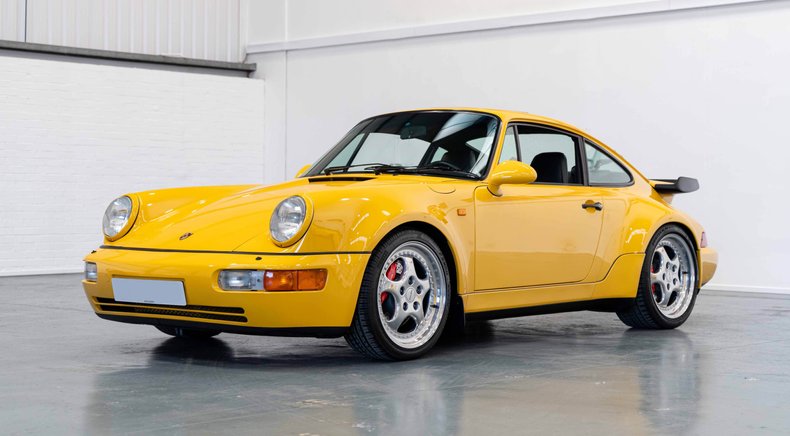 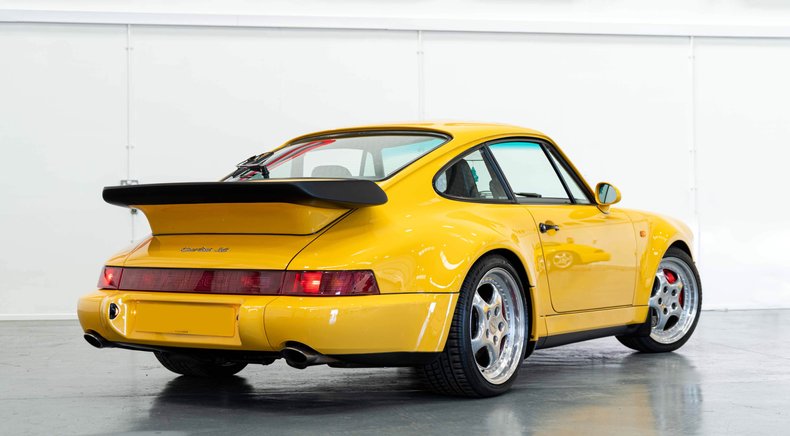