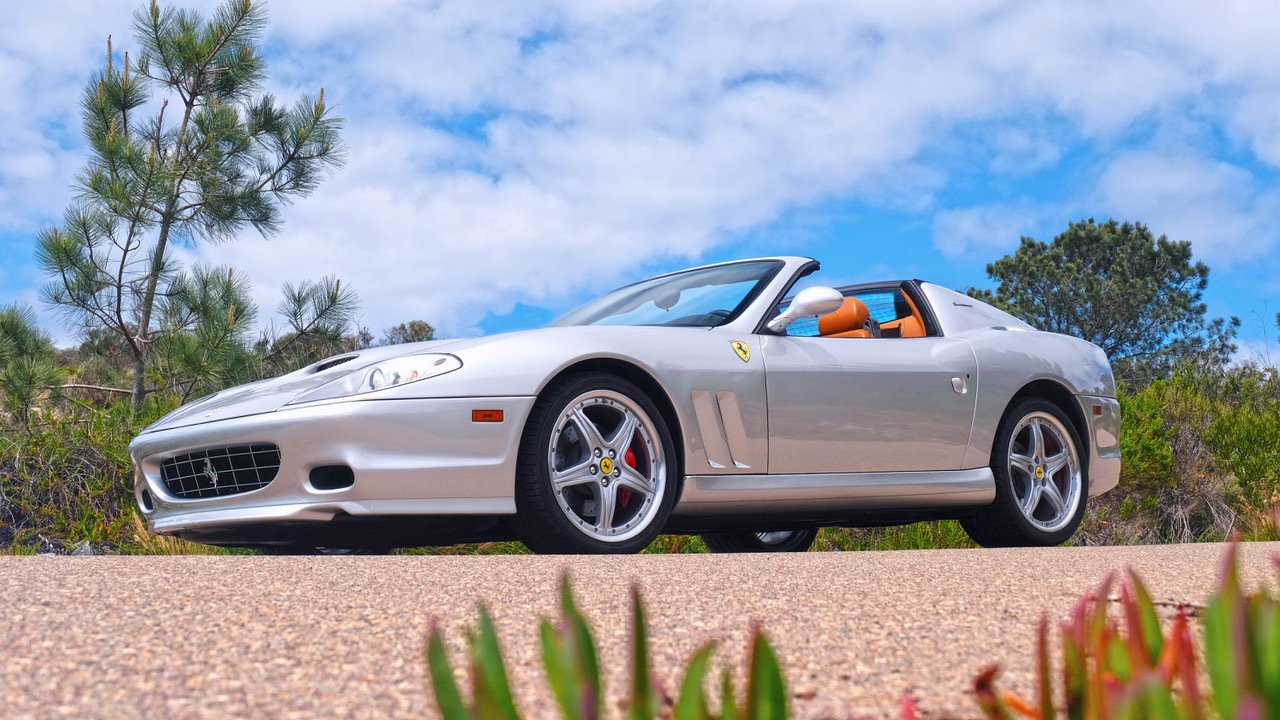 1 of only 559 produced for the world (1 of approximately 170 sent to North America). It also was ordered with the desirable Fiorano Handling Package which was a $3,600 option that included a more sporting re-tuned suspension and ECU.

This example was sold new by Miller Motor Cars in Greenwich, CT in February of 2006. Its owner then immediately transported it to his residence in The Bay Area of Northern California where it stayed with him until he sold it to its 2nd owner in August of 2013 when it had only 2,900 miles. Since then, it has been in sunny Southern California.

Ferrari revealed the final version of the front-engine 575M in 2005, itself an extension of the 550 Maranello that debuted nine years earlier. Commemorating the manufacturer's 50th anniversary of selling cars in the U.S., the new model was dubbed simply the “Superamerica” evoking the name used on the 1950s era 340 America and 410 Superamerica models.

The most intriguing feature of the new Superamerica was its unique convertible design, which consisted of an extremely clever and efficient, rear-hinged glass roof that rotated 180-degrees to an open position, lying flush with the rear deck lid. Patented by Pininfarina designer Leonardo Fioravanti, the “Revochromico" roof was punctuated with the use of new adjustable-tint technology the first ever seen on a Ferrari.

Driven sparingly and ultra-caerefully preserved and faithfully serviced, this Superamerica show-car is highly desirably optioned and fitted with the very best available features at the time of construction. This particular Superamerica, was finished in the impossibly perfect color combination of "Argento Nürburgring" over a “Cuoio” full-leather interior. It is also one of the very few Superamerica examples that were equipped with the "Fiorano Handling Package", the desirable $3,600 group of performance options that included a re-mapped suspension featuring lowered, stiffer springs, adjusted camber and toe, and a stabilizer bar; upgraded brake pads; and a more performance-oriented power-steering governing chip.

Only 559 Ferrari Superamericas were built for the worldwide market but just 170 of those were destined for the North American Market. Given the color combination, options, features and the "Fiorano Handling Package” as well as ultra-low mileage, this is likely the finest example offered for sale in the States.

Please contact me for additional assistance with the purchase of this Ferrari. 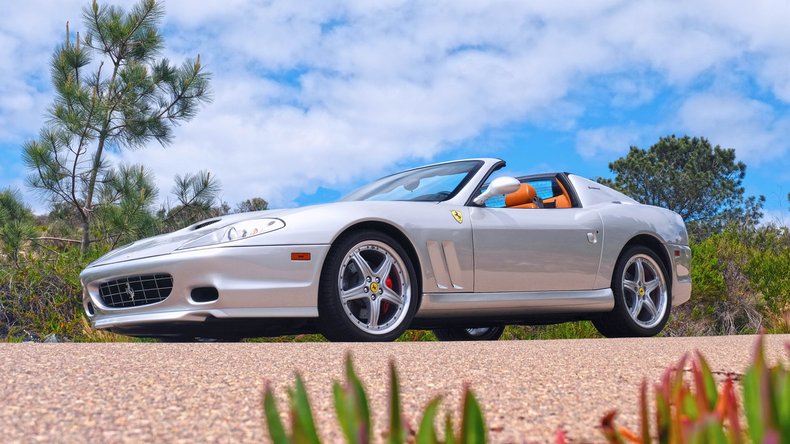 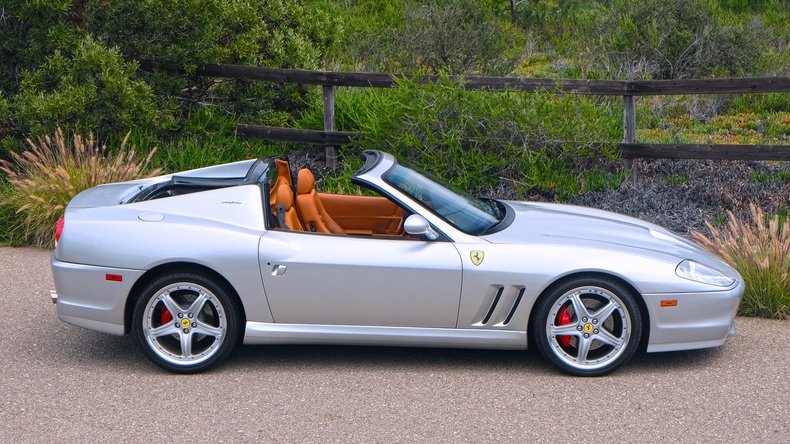 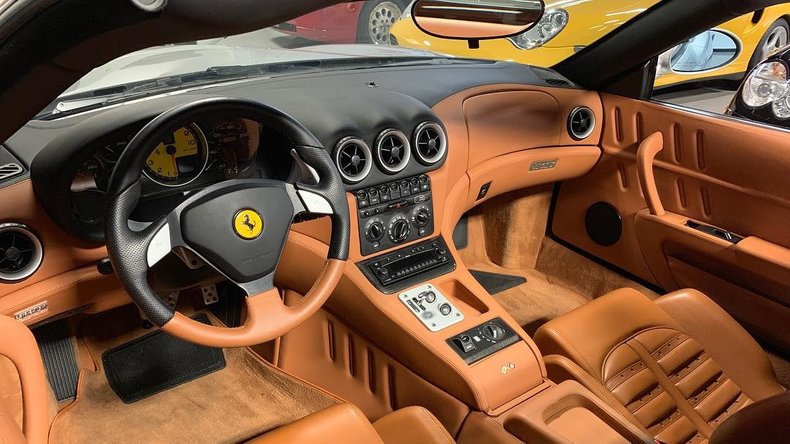 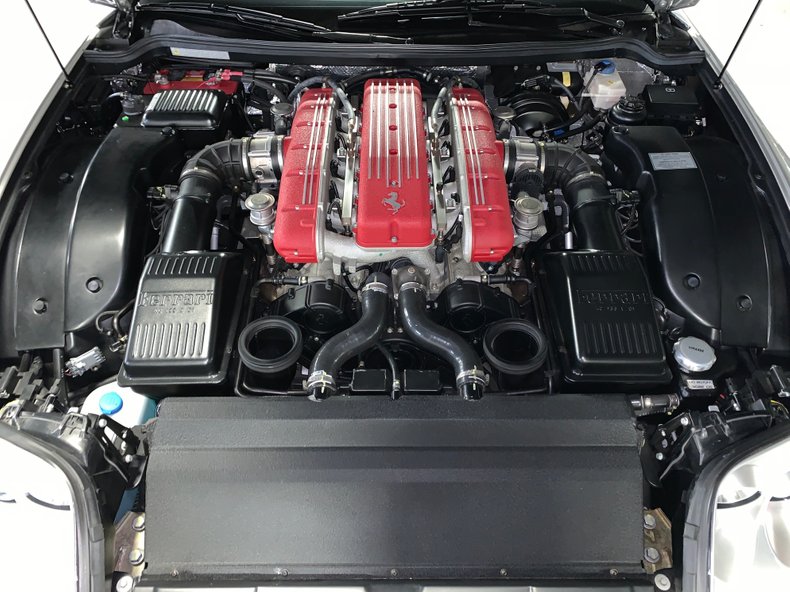 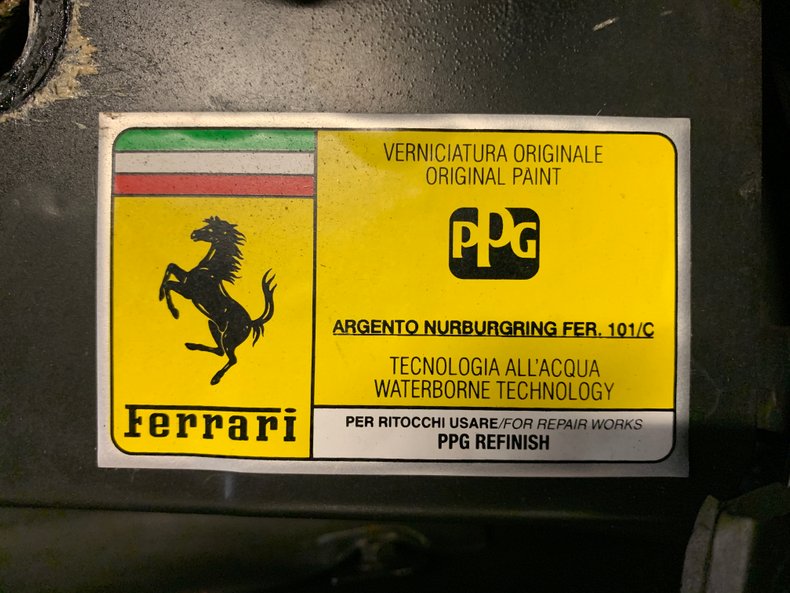