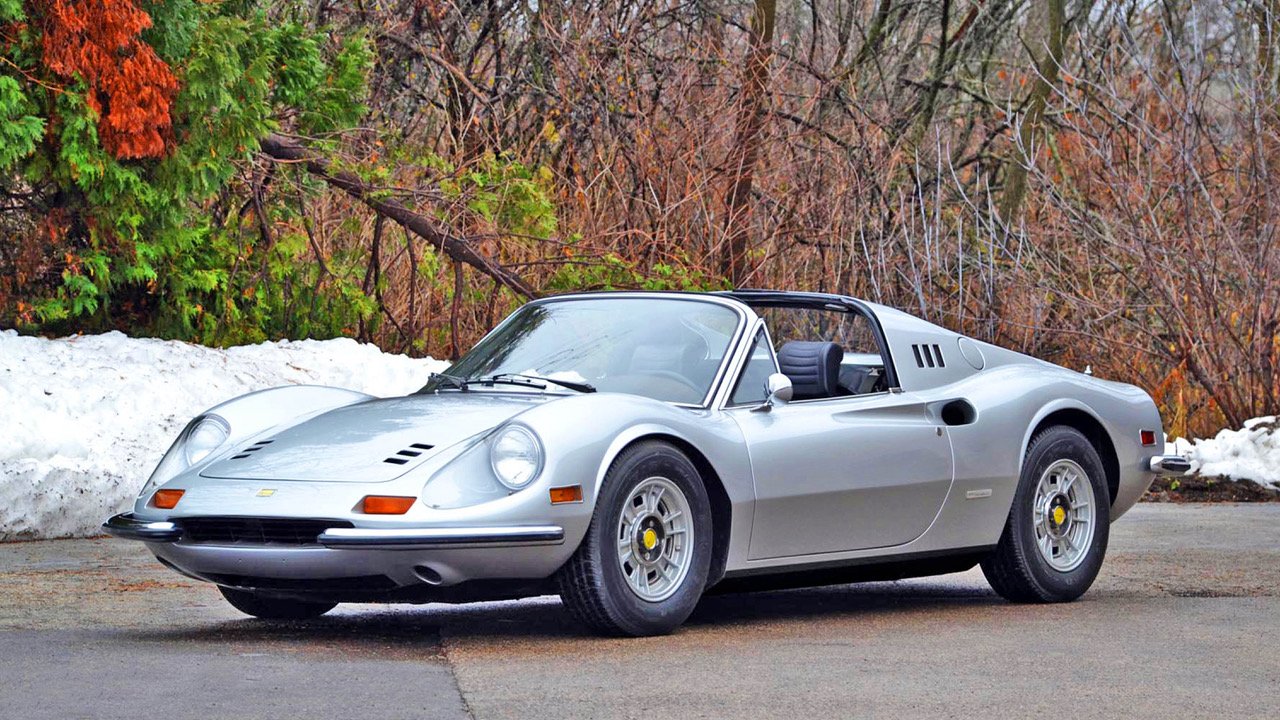 1973 Ferrari Dino 246 GTS, s/n DINO 246 G.T. ★06274★ Then:
This is a normal, mid-production, North American Market, “E-Mode” Dino 246 GTS that was ordered new by Knauz Continental Autos of Lake Forrest, Illinois in the Spring of 1973. The order specified a standard production model finished in silver with a black leather interior, power windows, air-conditioning and normal Cromodoro light-alloy, magnesium rims. The vehicle was completed in May of 1973 and delivered shortly thereafter to the Lake Forrest Dealership.

Knauz Continental Autos remains one of the Chicago areas oldest dealerships having been founded in 1934 when founder Karl Knauz was granted a Desoto agency. Over the years, they business was expanded and various franchises added as well as having locations changed depending on what franchises the company had. Details on the company can be found here: https://www.knauzcontinentalautos.com/dealership/about.htm The selling dealer installed a Becker stereo radio and then in the Summer of 1973 it was sold new to Terry L. Hasek who resided in the nearby and very affluent town of Highland Park, Illinois. Hasek. Hasek added a custom made chrome luggage rack to the car but little else is known about his ownership. He was listed in the Ferrari Owner's Club Register records in April of 1976 at which time he had moved to nearby Wheeling, Illinois but FOCUSA register records later have him listed as living back in Highland Park. Hasek offered the car for sale in 1976 in the November 5th, 1976 issue of the Ferrari Market Letter. He described the car as follows:

"Silver with black interior and black top. All options including a/c, AM/FM stereo and p/antenna. Custom luggage rack, hood bra and Car cover. New tires and battery. Original tools, manuals, etc.” This Dino continued to be listed as owned by Hasek in the 1977-1979 FOUCSA register which again showed him living in Highland Park, IL. While the FOCUSA records show him owning the car in those years, sales documents indicate the car was sold to its second owner, J. Roderick “Rod” MacArthur, of Northbrook, Illinois in 1976, shorty after Hasek had offered it for sale. “Rod” MacArthur was an extremely interesting collector and businessman. He is most famous as the founder of the gift-exchange and collectibles trading house, “The Bradford Exchange." He was also an astute car collector and this Dino joined another of his special Ferraris, a late production 365 GTS/4 “Daytona Spyder” s/n 16987. Additional details on MacArthur can be found using this link: https://en.wikipedia.org/wiki/J._Roderick_MacArthur

In December of 1985, Rod MacArthur passed away and it took several months for his estate to arrange for the sale via his Bradford Exchange Company which was given formal ownership prior to his death. The car was purchased by Dr. John G. Rana, Prospect Heights, IL (later, Arlington Heights, IL) and his partner in East Hampton, New York, Peter Osborn. The officially recorded sales date was April 10th, 1986. MacArthur had driven the car frequently during his ownership and the mileage at the time of the sale was 65,236 miles. The car was in need of paintwork, chrome, interior and mechanical repairs and this was immediately entrusted to Skip McCabe, McCabe Automotive Restoration in Mundelein, Illinois. The restoration was compressive, taking some 17 years before finally being completed. The most recent major repairs were a complete rebuild of the engine and gearbox which were overhauled by legendary builder, John Hajduk's MotorKraft Ltd of Noblesville, Illinois.

After completion of all work, the car was kept with Dr. Rana in Arlington Heights, IL and essentially underived and stored during that time frame. Over the next six years, the car covered just 747 additional miles prior to our recent purchase in January of this year.

1973 Ferrari Dino 246 GTS, s/n DINO 246 G.T. ★06274★ Today:
This all matching number, rust and accident free, three-owner from-new Dino is being sold with all services, safety checks completely current and up tod date, including the fitting of new, no mileage tires. Complete records and history going back to new as well as massive amounts of invoices and receipts also accompany this most charming and beautiful Dino 246 GTS. 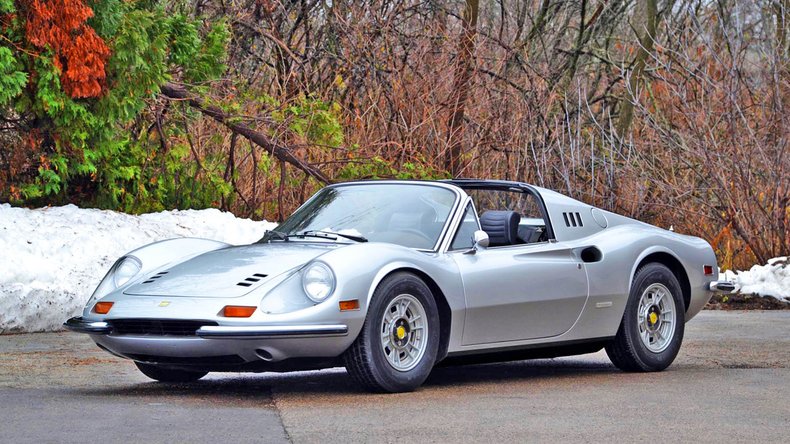 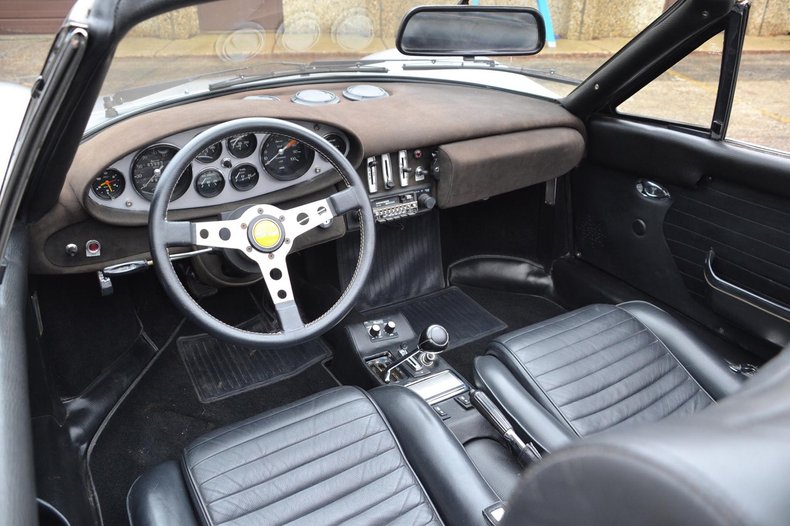